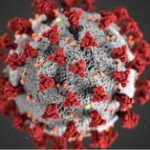 Typically associated with fungal species, members of the viral family Totiviridae have recently been shown to be associated with plants, including important crop species, such as Carica papaya (papaya) and Zea mays (maize). Maize-associated totivirus (MATV) was first described in China and more recently in Ecuador, where it has been found to co-occur with other viruses known to elicit maize lethal necrosis disease (MLND). In a survey for maize-associated viruses, 35 samples were selected for Illumina HiSeq sequencing, from the Tanzanian maize producing regions of Mara, Arusha, Manyara, Kilimanjaro, Morogoro and Pwani. Libraries were prepared using an RNA-tag-seq methodology. Taxonomic classification of the resulting datasets showed that 6 of the 35 samples from the regions of Arusha, Kilimanjaro, Morogoro and Mara, contained reads that were assigned to MATV reference sequences. This was confirmed with PCR and Sanger sequencing. Read assembly of the six MATV-associated datasets yielded partial MATV genomes, two of which were selected for further characterization, using RACE. This yielded two full-length MATV genomes, one of which is divergent from other available MATV genomes.

Researchers make first steps toward a cure for HIV

Trial By Error: Some Stuff to Read and Watch From Rivka, Natalie & Anil

Combating a pandemic is 500 times more expensive than preventing one, research suggests